A Musician’s Guide to Paid Gigs is the working title of my forthcoming eBook, and here’s the introduction. I’ve been playing drums since I was 13 years old, which was a long time ago. I used to say, I’ve been playing off and on, since I was 13 years old. The reason I used to say this, is because there were a few times in my life, when I stopped playing for up to a year. If you love doing something, I later learned, you should never stop doing that something. I haven’t stopped playing for the past 14 years. For most of my years as a drummer, I’ve been a gigging musician. It’s not been my full-time gig, but something that brings me much joy, “grocery” money, and the means to keep myself in quality gear. It’s very much worth mentioning that I’ve spend most of my years playing in cover bands; however, I know that the same lessons I’ve learned and the principles I’ve applied to my part-time passion are also relevant for original artists. Today predominately perform with cover bands, but I also do original gigs from time to time.

In mid December of 2013, I realized that I’d accomplished something kinda special. By mid December of 2013, I already had a gig booked in every month of 2014. This took me somewhat by surprise, albeit pleasant surprise.  How did it happen? That’s what this book is about. The same thing happened the following year. This mid-December (2013) realization inspired me to share my story. In the pages ahead, I’ll tell you how it all happened and layout some best advise. I’m going to give you a long list of tips and share a bit of wisdom; but I’m also going to give you lots of actionable advise, so that you can book paid gigs several months into your future. Should you read this book? You may be able to decide by the end of this paragraph. I’m not a career musician. I perform with great local talent and original artists, and have a great time doing it. Performing live is my Zen. One of my gigs is with a career musician. He works at it a heck of a lot harder than I do, but I’ve been lucky to have been hired by this person, and have learned quite a bit from him. More about this individual later.

My musical endeavors started in the Dallas-Fort Worth area. At the time, I was surrounded by a number of super talented players. Frankly, I wasn’t quite up to the skill level that many of the other players around me were, yet I got hired and still got to play with some very talented people. In ’99, I moved to Northern California, and had to discover an entirely new local music scene. It didn’t happen overnight, but I gigged with some original bands and with the help of Craigslist, found a cover band that more or less launched me into a personal era of local recognition. That is to say, people began to take notice of my playing, and my singing. Yes I sing too. If you have any vocal talent whatsoever by the way, I highly encourage you to nurture that talent. I believe it was George Harrison who once told Eric Clapton something like, “God gave you a gift (the ability to sing). If you don’t use it, he’ll take it away.” If you have the gift of talent, be it vocal talent, the ability to play guitar well, then nurture your gift. This is an important part of my story, and what I have to share with you. Remember that business I shared with you about being an off-and-on player? I haven’t always been true to my gift, the abilities to play drums and sing. I’ve paid dearly for that off-and-on behavior; but alas there’s good news. It’s never too late to embrace, learn, and grow. This would be a good place to plug my awesome drum teacher, Mike Johnston of MikesLessons.com. I’ve been following Mike for a long time, and his career and online lesson site have really taken off. I love the guy and the online community that he’s created. Check him out at www.mikeslessons.com. Taking lessons has been a huge thing for me. I’ve only begun to scrape the surface of the many things one can learn as a drummer, but that little amount, that scraping of the surface has had a huge impact on my playing, particularly where performing live is concerned. It’s also had an impact on my attitude toward performing live. I’ve always prided myself as being good at listening to the band around me, and not over-doing it with fills. The fact is, I have been good at listening; but I’m getting better all the time. Speaking of time (i.e. timing), that’s improved as well. What better way to enjoy your craft then to learn and improve. Your fellow musicians will totally and completely respect you for doing so, and it’ll help you in the efforts to get the good gigs.

When I came to San Jose and finally decided to start playing again, this town had a rich blues scene and a thriving live music scene in general. I believe there was also a happening jazz scene, but jazz has never been my thing, so I can’t say for sure. There’s still a blues scene, and an original music scene, but things have changed and are forever changing. Where there was once an abundance of venues to play, there’s now a somewhat limited number of venues. However, I’ve discovered that there are some niche opportunities for most bands and musicians. Case in point, I do most of my work with cover bands that perform rock, pop and a little dance. You don’t have to be in a dance band to get paid gigs, but it can certainly help. It also helps if you’re band is good–to state the obvious. I believe that my friends who play blues music have discovered, as I have, that there’s a niche and venue for every genre. Consequent to the fact that there are fewer venues, but niche opportunities, everyone’s working a little harder and sometimes getting creative to find gigs these days; but the opportunities are there. One noteworthy change came about during the tech boom of the late nineties. At this particular point in time, there was an over abundance of overvalued dot-com companies, who were willing and able to pay top dollar for lease space. Some of this lease space was once occupied by live music venues. Music venue owners couldn’t compete, and in many cases were no longer welcome as tenants, because of a handful of dip-wads who don’t know how to conduct themselves appropriately whilst consuming alcohol. So, out went a number of music venues, and in came a bunch of dot-coms. In a matter of months, the dot-bust would start, and all the dot-coms disappeared. Unfortunately, not all of the music venues returned. You may have seen something similar occur in your own backyard at one time or another, and for economic reasons such as the one I just described. There are other contributors to change, such as the vast choices we have for entertainment today. There are DJs abound (for cheap I might add), video entertainment, the Internet, MMA fights at sports bars, smart phones, gaming, etc. People have so many entertainment choices today; so be good. Be really good–stating the obvious again. 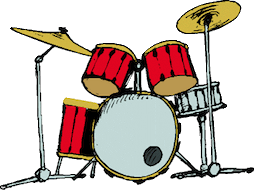 If you’re in a market that has a somewhat depressed economy, then your challenges are different than the ones I’ve dealt with over the past several years. Silicon Valley, where I live, has seen high times and low times. At the time of this writing, we’re experiencing another boom. I suspect the current boom will come to an abrupt end, like past ones, which will present new challenges for finding paid gigs. The take away here is that the landscape of local music, is forever changing. Little changes can have a big impact, positive or negative. Think about this for a moment. Everything is changing. As a gigging musician, the landscape of your music scene is changing. I’m going to tell you how I’ve adapted to change, and how you can do the same. This adaptation has coincided with a time I find myself in high-demand as a drummer, vocalist and musician. I get to play with talented people at some great local venues. I don’t have to travel much, and I make enough money for groceries, to indulge in a night out with my wife, and keep my drum gear in top great shape.

A Final Word on Why I’m writing this Book

Guess what? I have a knowledge within a specific niche to share. People are going to be interested enough to download this book, and even pay money for it! As a musician, part-time or full-time, it behooves me to identify and pursue other means of income, particularly passive income. If you don’t know what I mean by passive income, here are two must have resources.

I didn’t write this book or start this passage to extol the virtues of passive income, but how awesome would it be to give yourself the freedom to pursue your passion of music, at whatever level you choose. Finding a passive source of income is just the ticket you need. Okay, enough on that. Let’s move on.