Writing and Recording Music for the First Time in Years

On Top Of The World was published on January 8th of this year 2021, and I’m on my way to releasing a follow-up single.

Any time I talk about how long it’s been since I last did something, I hesitate to state how long its’ actually been. That’s vanity at work.

This is what will become an article about my journey to record and publish music. I’ll start with what feels like the beginning of said journey. To keep it current and relevant, updates will follow. 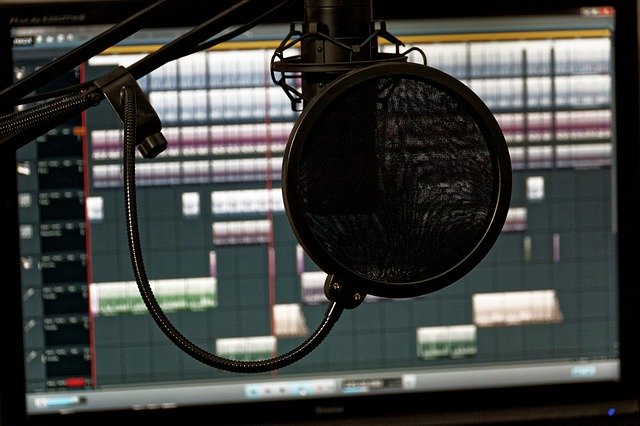 Image by Bruno /Germany from Pixabay

I’m at a loss to pinpoint the initial inspiration for my latest writing project, but it’s fair to include a writers retreat I’ve been attending for the last several months. The retreat isn’t for songwriters per say, but I found myself talking to the organizer about the idea of turning some of my work into songs. She wisely, and to my benefit, nurtured the idea.

While I’m talking origin here, this is the first song I’ve ever written on my own, and will be the first that will ever available for streaming and purchase. May there be many such releases to follow.

The Unstarving Musician musician has also been part of my inspiration. Many of the conversations I’ve had for the podcast, have become fodder for my recent prose. The forthcoming single is a bit more personal though. It draws from my own life, but ended up being a story projected onto someone else’s life. That someone else is a fictional character.

From Inspiration to Demo

There was and remains a big challenge that I face in writing music. To start with, I’m a drummer. So what, right? The thing is that I only very recently picked the guitar up, after a decades long hiatus. Adding to the challenge, my prior foray with guitar was far from serious. I share this with you to say, don’t let something like this stop you. If you’re a fan of popular music, chances are good that more than a few memorable songs of your lifetime were written (and performed) by less than technically accomplished musicians.

The moral? Don’t let anything stop you from writing a song or pursuing whatever feels like a good idea. In my case, I was able to come up with a simple melody of open chords. The lyrics are much less of a challenge in my mind, so I’m playing to that perceived strength. Notice my use of the word “perceived.” This (perception) is everything.

With the necessary core components of a song, I recorded a demo and shared with a musician and recording engineer that I highly respect. His feedback?

Yeah man, I dig that!

Not only that, he was all in to contribute guitars. His contribution thus far, has been much more than I ever expected. I now have a full sounding demo in the works.

Capturing the Initial Idea for a Song

Prior to the exchange with my musician / recording engineer friend, and prior to recording the first demo, I had to capture the idea. Here’s an overview of what that looked like.

I used a SureBeta 58A microphone for vocals and on my acoustic guitar. The audio interface used was a SureX2u XLR to USB interface.

I intentionally did not obsess over my first demo. The idea was solid, so I didn’t feel it necessary to perfect anything about it. It was totally consumable, with a single note to anyone listening. It was my initial demo. There was no intention for anything about this to be final. I just had to convey the idea. At the request of my friend who would add guitar tracks, I also had to convey my idea for the style I had in mind. The reference I shared with him, was one I had from the outset. Who’s Next. So far, you’d never know that’s what I was going for, but it’s been a good internal reference point.

I’ve since finished writing the lyrics and updated vocal demo track. I say “finished,” but it’s quite possible I’ll tweak the lyrics before recording the final vocal tracks.

Small problem. I’m not setup for recording at home, but I really want to record the drums and vocals myself. Solving this problem, meant doing a little research and ordering some recording gear (and software). Another challenge is my recording space, so I’m also working on the problem of sound treatment.

Here are the primary components of my shopping list.

Plus these mics I already owned.

Former guest Mike Dawson gave me this recommendation, based on my interest in exploring recording techniques using less mics.

Recording Drums with One Mic

This video inspired me to order a couple of SM57’s. Stay tuned for details on my experimentation with mic placement.

At the outset, I realized that I needed to think about and put together a budget. This is a work in progress. The gear was easy. The parts that I’m still contemplating are video production and PR. There are other small expenses for copyright, streaming distribution, etc. While I’m familiar with the mechanics of copyright, I have some homework to do on streaming distribution. I’ve already put together a short list of resources on these topics (see Resources below).

Pardon the Interruption (Disclosure)
This post contains affiliate links. This means I make a small commission, at no extra charge to you, if you purchase using those links. Thanks for your support!

And this is the story line to-date.

The whole of this project involves my vision for a full single release with video. This is a huge deal for me, as I’m treading lots of new ground. I share this story with you, because I want you to follow your inspiration, whether it involves recording a single or writing a screenplay. What I’ve come to realize at this early stage, is that there are many obstacles in my path, but as the aptly titled book I’ve been casually reading says, The Obstacle is the Way.

Want to know when this article is next updated? Join the Unstarving Musician community.

You’ll also access to the many things I’m learning from the hundreds of musicians I’ve spoken with, including those I interview for the Unstarving Musician podcast.

The Future of Music Collaboration

Writing and Recording Music for the First Time in Years

Getting Gigs that Pay