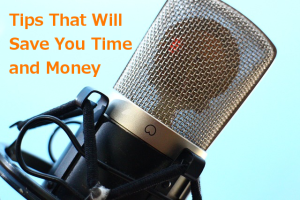 While several of the tips below may come across as stating the obvious, you’ll likely find a gem or two. As someone who’s done recording sessions in high-end pricey studios, crappy studios and home recording environments, I really appreciate this list. It serves as a bunch of great reminders.

Mike Gold, Engineer and Proprietor at Sound Service is a big proponent of production meetings. Here’s what he more or less offers on the subject.

Before rolling tape, you like to hold a production meeting with the all members of the band. The production meeting is kind of like putting together a business plan, with doable goals. If a band is unwilling to have a production meeting, I’m reluctant to work with them. The exception is if budget is a non-issue; however, this is a recipe for disaster and an unhappy client. The production meeting is basically a project plan for tracking, a road map of sorts. While a production plan is important, flexibility is equally important, because unexpected things can happen. Without this road map, the project could be a cash cow for the studio, but a recording project without a road map is less than ideal. Without a plan, the client is likely to be unhappy with the end result, and I’m likely to be equally unhappy with the project. I’m more interested in a happy client than money.

Track together as a band, and rehearse the songs together as a band. Go in with 15 songs and be prepared to whittle it down to ten. Know your material, and track the rhythm section together. If in a home studio, experiment with rooms and mic placement to discover sound preference. Record source tracks with minimal effects. You can always add effects later. Schedule all sessions for the sake of developing consistency in setup–this echoes Mike’s advise on the production meeting and plan. These days, you can do low-run / high-quality CD production, which is great. He also suggested hosting on CD Baby for iTunes accessibility.