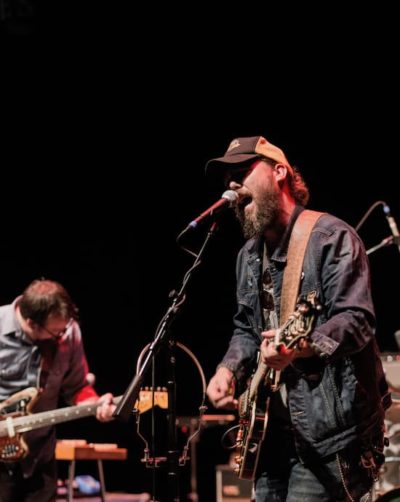 Tony Harrah and I began our conversation for this episode “off-air.” I asked about his website, which is powered by Bandzoogle. This question was for my own market research purposes. There are a couple of areas on his website site, which looks great by the way, that are “under construction.” Given that I speak with so many DIY musicians, I was curious to know if he’s perhaps struggling to keep up with the site. I learned that it has been a bit of challenge to update the website, but the reasons for this were not what I expected. Tony experienced a huge life changing event in 2017. He was kind enough to share this part of his story.

Much of our conversation was around how he has adapted to unforeseen changes that have impacted his music and family. Also mentioned at the top of our conversation is the fact that Tony has a publicist. We talk about how this came to be and the thought process behind choosing the right one. He also shares his thought process for crafting the emails he sent to prospective publicists.

Tony was coincidentally in the midst of a transition with his music, as life decided to throw him a major change. He began performing, writing and singing as a blues artist, but explains that lyrics became the primary focus of his music. With this realization, Tony has been methodically working to genre jump from blues to folk.

An Austin based songwriting group has also impacted Tony’s music and life. He explains how the group has enriched his songwriting and his life. Songwriting groups are a recurring theme on this podcast. Having personally attended a writers workshop in recent weeks, I’m reminded that peer feedback in a creative environment can be game changing. I add this observation to encourage all songwriters to find and join a songwriters group. And if you’re not a songwriter, try a writers workshop.

“I try to remember… We’re not promised anything. Nobody was ever promised tomorrow, or even the rest of today in fact.” –Tony Harrah