As a gigging musician, I go out of my way to procure lightweight gear. After hundreds of gigs, it dawned on me that I could probably lighten my load, so to speak. If memory serves me correct, I started with single brace stands. I’m currently using Tama Stage Master Straight single braced cymbal stands, but like many things, it seems that quality has diminished over the years. I’m amazed at how long my first pair of single brace cymbal stands lasted me, and they were purchased used. These puppies aren’t easy to find at the brick and mortar stores. 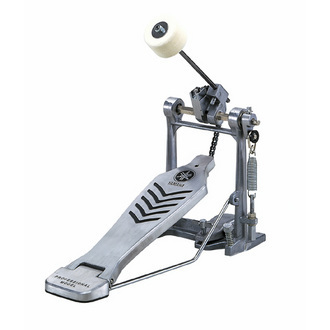 Finding a new drum pedal proved equally challenging. All major retailers carry double-braced cymbal stands and kick drum pedals with over-sized floor plates , all of which are bulky and heavy. I finally settled on a Yamaha 7210 Chain Drive pedal, which has great action, is lightweight and compact.

Another great somewhat recent acquisition of mine was a used Gretch Catalina Birch set, the shells of which are constructed with Birch. My other kit, which now rests at home is a Premier set constructed of maple shells and lots of hardware. The Premier kit, as much as I love it, has a God forsaken tripod stand for suspended floor toms–heavy, bulky and no longer very useful. New kit–free standing floor tom and accessory-hardware mounted suspended tom.

To make my hardware easily transportable, I’m using two rolling gig bags, the larger of which  carries a bit of non-drum/misc hardware. The point of the two bags is to avoid having one that’s over-weighted, and also one long enough that I don’t have to fully collapse cymbal and boom stands. The other move I made in recent years is simply hauling less gear. I really only need four drums, two cymbals and hi-hats. I’ve gotten by on less.

My added challenge is that I’m also a singer, which means a little extra gear. While going with in-ear monitors has certainly reduced my load, they do give me the feeling of one more thing that I have to mess around with at each gig. I suppose that’s what fame and equipment techs are for. Some of my newer gigs are hand drums only, with a few accessories. I love playing the kit, but the hand drum gigs are pleasantly easy.

Do you prefer light weight gear and/or less gear? If so, what are your favorite pieces of gear? I for one will continue the quest of lightening my load in the new year.