Crushing it on Instagram–Drummer Mike Dawson 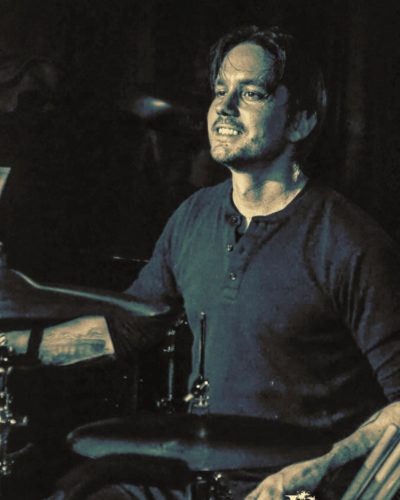 Independent musician Mike Dawson is crushing it on Instagram. He also subs for the principle drummer of The Lion King, leads drum workshops and gives private lessons. That’s all on top of his day gig as managing editor at Modern Drummer Magazine.

Mike last appeared on the podcast in episode 25. This is episode 50!

We began our conversation discussing his drum workshops, the preparation involved, and the vibe he strives to create for attendees. It turns out that Mike keeps the preparation part fairly simple. He chooses a theme, brushes up on the necessary material, but goes in prepared to change the theme as needed for attendees. He says his vibe all about creating hands-on interactive workshops. Given that drum clinics are somewhat in a state of decline, Mike’s workshops are generally for smaller groups of up to 20 attendees. The upside is that smaller groups cater to the interactive approach he prefers. His primary goal with workshops is to give back by sharing all the great stuff he’s had the opportunity to learn.

I asked Mike if he does much outreach marketing to get workshop gigs. He responded by first recalling that his earliest workshops came by way of invitations, sometimes from friends who taught at universities. More recently however, his workshop bookings have been primarily driven by social media. Mike posts daily on Instagram, Facebook and Twitter, with Instagram being his main hub. He describes his social media posts as documenting his daily practice, and sharing what he happens to be working on at the time.

Performing with the Lion King Orchestra

Since we last spoke, Mike picked up an amazing gig subbing for Carter McLean, Principle Drummer for Broadway musical The Lion King. The two were already acquainted by way of Modern Drummer Magazine, but Mike believes that his presence on Instagram played a big part in getting this gig. I’m sure that The Modern Drummer Podcast helped also. McLean listens to the podcast, as do I. Mike D’s conversations with podcast co-host Mike Johnston provide in-depth perspective on the breadth of Mike’s work as a musician.  Mike had done a dozen Lion King performances at the time of our chat, and confessed that it’s a high intensity gig. It’s the type of gig in fact where subs have to play exactly like principle drummer.

Mike clearly appreciates the network that Modern Drummer Magazine has given him the opportunity to build, but he’s very conscious of the fact that it’s no platform for asking favors of his drum heroes. Yet he also told me that he’s never been good at asking anything, meaning he’s never really been very deliberate about expressing interest in opportunities like subbing for The Lion King. Yet as an observer, I can see various ways in which invites opportunities into his music life. It’s a formula whereby he serves others at a very high level, and does so with class.

Mike primarily does short practice videos for Instagram. An example he gave me was waking up one day hearing a Steve Jordan groove in his head. That groove inspired him to post his morning practice on Instagram, one of many minute-long presentations of his daily practice routine. These posts are raw and intended to show his followers what he’s doing to improving his own playing. He says some of the best compliments he’s received on these posts are about the fact that he does complicated stuff, but presents it in such a way that viewers feel they too can do it. He tries to make videos that are relate-able, documenting practices to show his personal progress. I love asking Mike about his gear. His Instagram video setup is pretty simple. He uses an iPhone, a Shure interface, and a Xenvo wide angle lens for iPhone. The Shure interface allows him to position his iPhone an ideal distance out from his kit. See a more comprehensive list of Mikes gear in the show notes of episode 25.

Inspiration for his Instagram posts comes in part from the drum heroes he gets to interview for Modern Drummer Magazine. He looks at these conversations as personal lessons given to him. He takes all of this knowledge and shares it with his followers and students. This leads me to another phase of Mike’s evolving brand. He’s created a Patreon page, which he sees as a great way to share the love and create some income, without the hassles of managing a custom website. While I’m not sure Mike would be comfortable with me referring to this as part of his marketing and branding, it’s exactly that. And I think it’s great! His plans moving forward to include a full library of courses, and album, and probably other stuff he hasn’t yet shared with me.

Just as Mike gets to learn from his drum heroes, I got to learn something from him. Listen to our full conversation for more insight on how Mike thrives as an independent musician.

Disclosure: The products above are listed using Amazon Associate links, which means I get a small commission if you buy using one of these links.  This is one way that I support the podcast. If you wish to purchase something using any of these links–cool.  If you don’t want to purchase using one of these links, don’t give it another thought. I appreciate your support as a listener either way.  Any products that fall into this category are products that I put my name behind, because I personally use them or they’ve been used recommended by a trusted source.