Michelle Lockey on Music Licensing and Songwriting for TV & Film 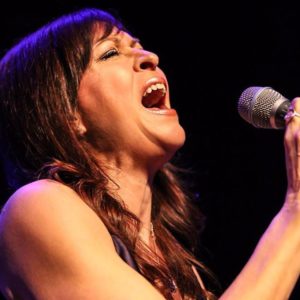 In this episode of The Unstarving Musician’s Podcast, I chat with Michelle Lockey. Michelle is a performing singer songwriter and composer for film and TV. She’s also creator of Licensing Songs Academy, a community of songwriters & composers that are learning how to write & license music for Film & TV. But wait there’s more. Michelle is also a three-time Washington Area Music Award Nominee and Grand Prize Winner in the folk category of the 2013 John Lennon Song Contest. My interest in connecting with Michelle was to learn more about her as a music licensing and music business educator. As usual for the podcast, however, we also talk about her music influences, education and musicianship.

As a solo artist, Michelle devotes much of her craft to writing for film and TV, and the rest to recording, performing, writing and teaching music. She plays guitar, ukulele, banjo ukulele and of course sings. All of this, and she claims she didn’t have much formal education. That depends on your definition of formal. In reality, she’s taken a number college courses and private instruction lessons. When I asked how she got into educating others on the business of music licensing, she took me back to a time when she created a customer education platform to help deal with recurring questions for the biotech industry. As she gained knowledge and expertise in licensing, she started getting questions and meeting requests from musicians curious to learn what she could share with them. This lead to an idea for a workshop, which eventually lead to online courses where she’s applied much of what she learned in setting up education systems during her stint in biotech.

Her work for film and TV requires a broad stylistic range, which for Michelle means going from acoustic folk-indie to electric alt rock, from sad and dark to happy. As we discussed her early music influences, she talks about music on TV. I wondered if she’s made the connection between those early years of interest and where she’s now focusing her career. She also shares that the biggest factor in her music career path was nurtured by a community called Taxi Music, where she took workshops, learned about the artist side of the music business, and ultimately about writing for film and TV. She’s establishing herself within the educator community as a leader and mentor to others, partnering with the likes of Bree Noble, who was featured in episode 17 of this podcast.

If music licensing is a topic of interest for you, you’ll enjoy this episode.