Getting Gigs that Pay 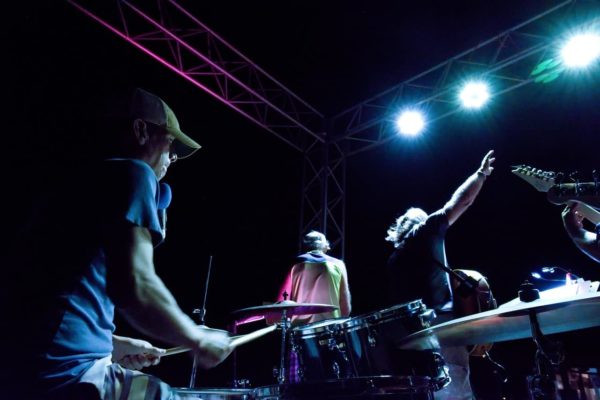 It occurred to me early this year that I was booked for gigs all the way through December of 2013, before the end of December 2012. That struck me as a pretty cool thing, and it got me thinking about what had transpired to make it happen. While I get paid to perform, I’m just a guy who does local gigs on a part-time basis, and a guy who has fantasized countless times about the life of a rock star. I know it sounds a little cheesy to day, but one need only look at a few photos of ones music heroes to feel some envy. To downplay my accomplishment a little further, I do way more cover band material than original. There’s no shame in this for me though. As someone who’s composed very little music in my lifetime, most every piece I play is a cover and is separated only by degrees of popularity. I feel the same way about the original material I’ve performed.

Back to being booked for all of 2013 before the end of 2012, the first thing that comes to mind is relationships. I’ve heard pro players talk about it, and I hear people from all walks of professional life talk about it on a regular basis–relationships. It definitely had an impact on my 2013. So much so, that I already have gigs spanning all of 2014, and it’s not even December yet. I’m blessed or a little lucky, I suppose. I wanted to play a lot this year, and I did. In fact, I had to decline a number of gigs to maintain some life-balance.

The relationships I mentioned are with both musicians and venues. The more I think about it, I’m amazed at the evolution of my music relationships. There’s much that I want to share on this topic of good fortune, a little of which I hope will inspire others. I also hope to find that my peers and those I look up to have similar stories. Today, however, I’ll simply express my gratitude in all the ways I know how to, and hope that I can extend this good fortune into other aspects of my life. Maybe I’ll even spill a little good fortune on others in the process.

When I first gave thought to writing a book about the fact that I had gigs booked from January through December of 2013, before December 31st of 2012, I felt that I had a compelling sub-title. Having never written anything more than a blog post, I also wondered about the level of interest that my story could realistically generate. The story is little more than one about a guy (yours truly) who plays clubs, restaurants, private gigs and festivals. The majority of material performed at these gigs are cover tunes, and while I get paid for every gig, I’m not even doing it full time. It’s worth noting, however, that some of my band mates are full time musicians. Not that that’s out of the way, I still wonder if anyone really gives a damn about how I get paid gigs all year.

I suppose that my story is for anyone who wants to gig within their local music scene. For me, the local scene of San Jose California has one really great thing going for it–I seldom drive more than 15 to 30 minutes to get to a paid gig. I imagine that this isn’t the case for everyone who wants to get more paid gigs. In any case, if you’re a part-time musician or maybe somewhere between part-time and pro, my story could be useful. It’s likely that all of my experience applies whether your playing covers or original music. If you’re in an original band, chances are pretty good that you’re dreaming of going pro. Is this going to be helpful to your musical endeavors? It depends, but if you want to know how you can get plenty of paid gigs in within your local music scene, read on.

Allow me to set the stage by talking about my local music scene. Throughout 2012, I worked with four different bands, all of which were local to San Jose. Working with multiple bands played a key part in being booked all year with multiple gigs in every month that I made myself available. My relationship with these four bands has been a few years in the making. In the posts that follow, I’m going to discuss relationships over and over. Relationships have by far been the biggest factor in my ability to play paid gigs every month.