Lannie Flowers on Being a Career Musician, Songwriting, Studio Work, and Awards 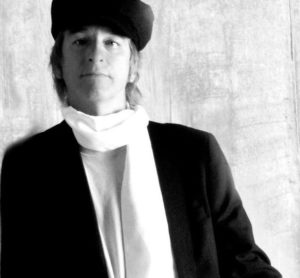 In late October I was enjoying craft beer at one of my favorite watering holes with some of my favorite people. This was at Kool Keg in Arlington Texas, next door to the very place that I met my wife of 23 years. Recent podcast guests Chris Raspante (episode 2) and Neil Schnell (episode 8) would be joining me. Chris and Neil did indeed join the party, accompanied by singer songwriter Lannie Flowers. The last time I’d seen Lannie was in 2013, when his Lannie Flowers Band performed at Hotel Utah in San Francisco for the International Pop Overthrow Festival. His band was an amazing wall of sound that night. I thought we were meeting for the first time that night, but quickly realized that we both grew up and played in the music ecosystem of Dallas-Fort Worth. We’d probably met years before.

Lannie sees his music as just rock & roll with harmonies

Lannie has been awarded ‘Record of the Year’, ‘Rock Artist of the Year’, ‘Breakthrough Video of the Year’, and ‘Social Media Artist of the Year’ by the LA Music Awards. He’s helped keep the power pop genre alive in the process. We began our interview with Lannie’s ties to the power pop and his thoughts on the state of the genre. He says it was all quite accidental that he ended up within the power pop genre, adding that these are simply the people who took to his music. Lannie sees his music as just rock & roll with harmonies, and recalls that it was his album The Same Old Story that power pop fans first bought. Lannie sites power pop as a very niche genre that comes with very loyal fans. He says it’s particularly popular in Spain, Brazil and Japan. He finds this all a little surprising and even a little strange, but it’s a reality that’s clearly contributing to his success. It’s also contributed to Lannie’s bucket list accomplishments of performing the world famous Whiskey a Go Go in LA and the Cavern Club Liverpool.

Lannie’s career is a blend of songwriting, musicianship, and studio engineering.

Lannie has been a career musician for most of his adult working life. He makes this work with a blend of songwriting, musicianship, and studio engineering skills. His longtime relationship with Spyder Pop Records has afforded him the opportunity to become part of the Spyder Pop recording studio team. His role with Spyder Pop’s recording arm is to put out music of his own and that of other artists. It’s a beautiful example of the many ways a musician can build their income streams. The fact that Lannie got this gig with Spyder Pop can be viewed as coincidence, great relationship skills, creativity, or a mix of the three. Lannie believes it was all by accidental coincidence. He may view coincidence in much the same way that CD Baby Founder Derek Sivers does (see What are the odds of that? by Sivers).

Nashville has plenty of good players and singers, but it’s always looking for good songwriters.

Lannie recalls how a conversation with a friend in Nashville encouraged him to be a songwriter. His friend said that Nashville has plenty of good players and singers, but it’s always looking for good songwriters. This reminds Lannie of the time in his life when he got serious about songwriting. It’s a big pond, he told me, and songwriting was something he felt capable of doing well. He’s self-taught both as a musician and songwriter, and his influences span the decades. Lannie actually credits The New York Dolls as having a profound influence on his decision to be a performer, songwriter and career musician. At a performance in Dallas, The Dolls showed Lannie that he didn’t have to be an Eric Clapton on guitar in order to make it.

When we got to the topic of music mediums, Lannie commented on the resurgence of vinyl, the pros and cons of Spotify, and the fact that CDs are still selling in Japan. In spite of his positive outlook, Lannie jokes that musicians these days more resemble t-shirt salesmen than purveyors of music. Ah the new and emerging music business model.

In spite of his immersion in studio work and his efforts to keep creating new music for his fans, Lannie easily finds time to give back. At the time of our interview, The Lannie Flowers Band had recently contributed to benefit shows for flood victims in Texas and New York. He told me, “there’s always something horrible going on in the world,” but added that music transcends in a way that allows people to forget about their worries.

Learn more about this humble gentleman at LannieFlowers.com. I’ll leave you with a couple of listening recommendations from his catalogue–Circles and Live in N.Y.C. You can purchase either release on CD Baby.