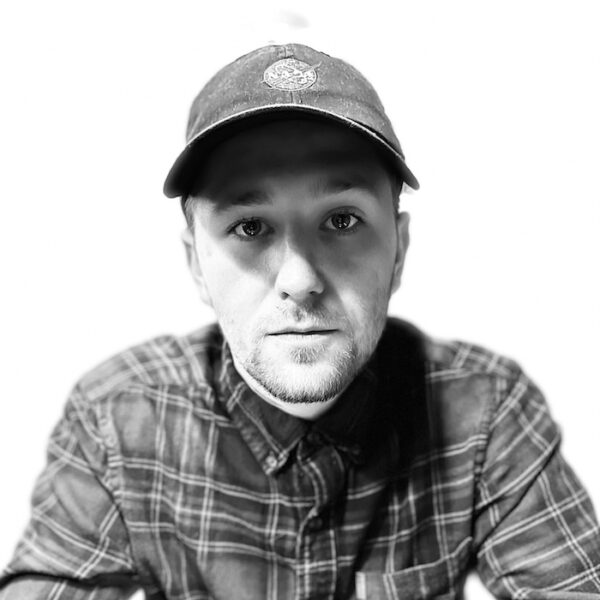 Andrew and Robonzo were influenced by many of the same 60s and 70s rock icons.

Andrew Chris’ music explores influences that range from 60s guitar rock to modern hip hop. His list of early musical influences read very much like mine. Yet he’s no less than 20 years younger than me. When I asked about his infatuation with artists like Hendrix, Zeppelin and Ten Years After, he gave the expected answer–his dad turned him on to them. The only difference in our early music tastes is how we listened. Andrew shuffled his music on an MP3 player. I listened to mine on vinyl, 8-track and cassettes. Old school.

Our influences have since diverged. This is understandable given our difference in age and general exposure to music. However, we share a love acoustic drums, guitars and rock.

Andrew and I had a great conversation about his latest releases, including a single called Floatin’ and an album titled Studio Rat, his studies in film, a video series creation dedicated to the evolution of fuzz tone, and more.

He started creating music at a young age and thus has a good deal of unreleased work. I told him I was envious. Our conversation gave me inspiration and hope for making more music of my own.

This episode is powered by Music Marketing Method, a program for indie musicians looking to grow their music career but don’t know. Learn more!

No Booker, No Bouncer, No Bartender: How I Made $25K On A 2-Month House Concert Tour, by Shannon Curtis