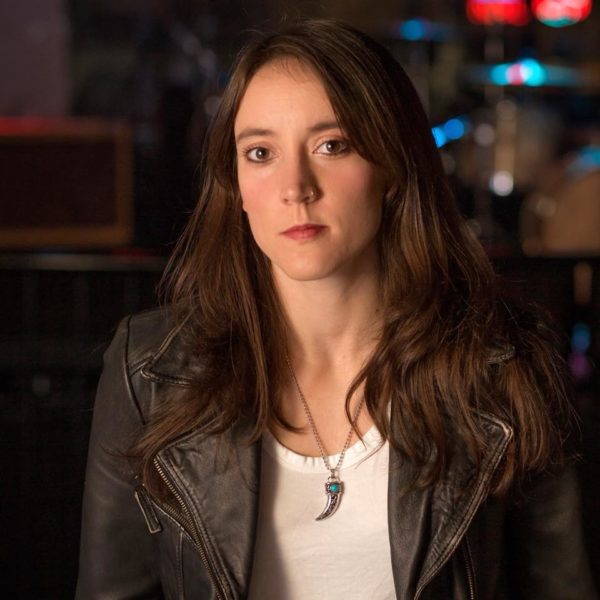 Singer songwriter and multi-instrumentalist Sylvia Rose Novak grew up in Opalika Alabama, a place I’d never heard of before our conversation. I asked her what it was like growing up in the South, and she said it was a little weird. I gathered from some reading that she didn’t exactly fit in. She’s still based in Alabama, so I know she didn’t and doesn’t find it a bad place. It’s her home.

By my own doing our conversation meanders into the personal. We talk about going from writing her first song to becoming a career musician, her decision to create a vinyl package for her latest release, bourbon, and something called squatching.

I particularly loved her reason for creating a vinyl option for the new ablum. She matter of factly told me that it was because she wanted to hear herself on vinyl. She admits that this sounds egotistical, but I totally get it. Wanting to hear oneself on vinyl and making it happen falls in the category of scratching ones own itch. I love that!

Where going pro is concerned, Sylvia Rose credits her support system. This is clearly a group of friends and family that includes her music community. She says that so many people have expressed that they believe in her. The true importance of that realization is that she listens. She accepts the belief and confidence of those around her–all with gratitude. All of this didn’t happen by chance. She played fiddle for what she describes as everyone’s band. She also said she worked hard. In the process Sylvia Rose clearly grew confident in herself. Once she started writing and recording her own music, she knew that she had found her calling.

Sylvia Rose sports what appears to be a glass of bourbon on the cover of her latest release, so I had to ask about it (bourbon). She didn’t give me specific suggestions for starting my own bourbon journey, but offered a couple of her current and longtime favorites. I also had to ask her about something I saw in her list of interests–squatching. Her explanation aligned fairly well with what I gathered on Urban Dictionary, and no less entertaining.

After our conversation was done, I thought that I’d perhaps not explored enough questions of educational value for other artists. We end up weaving in and out of Sylvia Rose’s life and career. But in the end I found inspiration. She’s an artist and activist who has found her calling, and perhaps best of all, she loves defying anyone who doubts her.