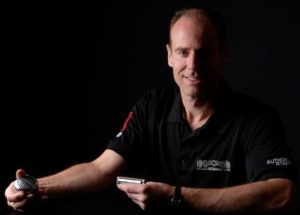 David has made a living as professional harmonica player & educator

David has made his living as a professional harmonica player and as one of the most widely respected educators of the instrument. In fact he’s largely responsible for taking the harmonica from novelty instrument to highly coveted art form. He’s published 70 book/CD sets and over 4000 educational videos, all of which is part of BluesHarmonica.com. David’s an extraordinary individual. He’s very self-motivated, has a keen appreciation for systems, and has a true love of community. In 2002 David opened School of the Blues in San Jose California, which is dedicated to the study of blues.

Building a business around his love of harmonica & teaching

David built a business around his love of harmonica and teaching, and it all happened somewhat organically. As he became a respected harmonica player, David was asked to teach private lessons. Private lessens evolved into workshops, which lead to the realization that there was an absence of quality literature for harmonica, and particularly blues harmonica. He learned to play harmonica by listening, but turned his skill into a teaching method that has garnered a longtime partnership with Hohner. His craft has also garnered him respect among the most noteworthy players across two or more generations.

In our conversation David opens up about the evolution of his educational programs and business, marketing, community, and his new emphasis on gear reviews. His story is fascinating, he’s a good communicator, savvy in business, and passionate about teaching. I enjoyed our conversation so much, that I’m hoping to have him back for a part-two interview. Hope you enjoy listening to our conversation as much as I did recording it.

School of the Blues

The Unstarving Musician exists solely through the generosity of its listeners, readers, and viewers.

Visit our Crowd Sponsor page to learn how you can offer your support.