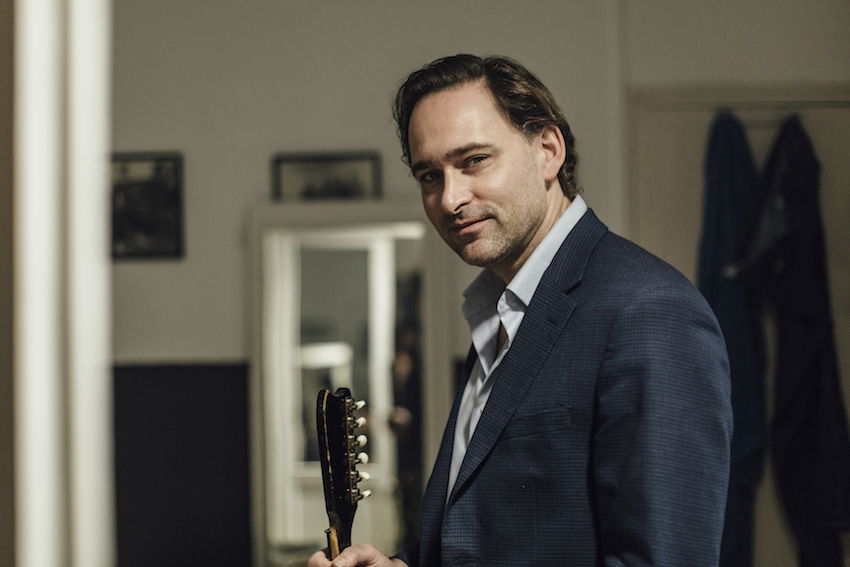 Rockin’ Johnny Burgin is incredibly passionate about performing, and holds the stage in the highest regard. Johnny resides in the San Francisco Bay area, but came up as a blues player learning and performing in the west side Chicago blues scene. In his early twenties, he was performing at west side black clubs where he says watching bands was like watching a boxing match, a place where musical phrasing came to life.

Why move from Chicago to California? Apparently Johnny had toured in California several times, and those tours kept getting better and better. He recalls that the move was an opportunity to expand his market. Knowing what I know about the San Francisco Bay area blues scene, I imagine he was also welcomed with the openest of arms.

When we booked Johnny’s interview, he expressed interest in talking about his new album Neoprene Fedora. We do in fact talk about the album, and feature the track Guitar King at the end of our conversation. It is such a great tune! We also discuss Johnny’s beginnings in blues, his many memorable collaborations, Aki Kumar, Kid Andersen, touring around the world, and how much he appreciates his time with a father who introduced him to the arts. His appreciation for the arts seems to fuel Johnny’s passion for the blues and performing. Johnny says he’s living on the edge when he’s on stage. He sees the stage as a place of endless possibilities. It’s also a place where his spontaneity thrives.

“When people gather to hear music, there’s a silence in the world.”

It’s when he talks about the stage that you can most hear the passion in his voice. He sees music and live performance as part of an ancient art that silences the outside world. It’s a golden moment, Johnny goes on to say, where day to day cares don’t exist. To quote him, “When people gather to hear music, there’s a silence in the world.” This is why musicians should not have cell phones on stage, he says. It’s as if he’s saying that musicians should nurture such moments, when people can just be together and present in the moment and the music.

Johnny talks candidly about his eight-year sabbatical away from music, and the journey of starting over. As we segue into business and marketing talk, Johnny explains how playing for others helped him achieve recognition. As a longtime Delmark artist, he explains how labels continue to provide value. He also talks about the correlation between higher priced ticket shows and CD sales, and how spending time with fans leads to purchase transactions. Ultimately though, Johnny recognizes that music is a changing business, and seems eager to learn more about what works.

Ten Days Out: Blues from the Backroads