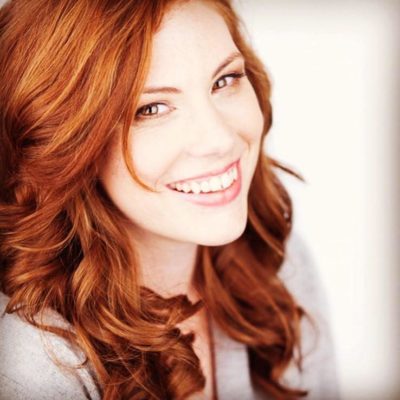 On May 9th of 2017 I walked into Greaseland Studios to interview producer Kid Andersen. I was immediately blown away the abundance of musical gear everywhere. The next thing thing that came into my focus was the kitchen. Greaseland is the home and workplace of Kid and Lisa Leuschner Anderson. There in the kitchen was a grand piano. Rather than thinking how rather odd it was to see a grand piano in a kitchen, my focus shifted to the fact that there was a vocal lesson in progress. I’m not sure who the student was that day, but there at the grand piano was Lisa Leuschner Andersen.

At the outset of my plans to interview Lisa, I thought we’d spend most of our time talking about her vocal coaching business. It turned out that there was much more to discuss.

Lisa is the Queen of Greaseland, a vocal instructor, singer with Foreverland (San Francisco based tribute to the music of Michael Jackson), Alumni of American Idol seasons 2 and 3, and Showtime at The Apollo alumni. She’s also a dancer, Bitstrips enthusiast / artiste, and a really enjoyable storyteller.

Lisa comes from a musical family and has been gigging professionally since age 7. Her voice is on just about every album ever recorded there. She also tells me that she hears every sound made at Greaseland Studios (from anywhere in the house); so I think it’s safe to say that she’s also the ear of Greaseland. I don’t recall exactly when I initially decided she’d be a great contributor to this podcast, but her name came up during my recent interview with Rockin’ Johnny Burgin. Lisa is Burgin’s vocal coach.

Lisa told me that her audition with Foeverland the first she ever had to ask for. Up until then, she got gigs based on her reputation. She also shared the Foreverland story as if she “begged” for the gig. Lisa was determined to get that gig. Begging is merely how she refers to the act of asking for the audition.

Lisa credits American Idol for the fact that she’s a full time musician, but not for the reasons you might think. While rehearsing for her first season with AI, she quickly realized that she didn’t have time for her then day job at a hotel. She very soon after quit that job and never looked back.

Today she sings in a number of live performance situations, does regular studio work at Greaseland, and has a book of business as a vocal coach. One of my personal favorite things that Lisa does is something called Bedtime Jamz (#bedtimejamz on Facebook). Bedtime jamz are late night performances recorded on Facebook Live from Greaseland Studios. Kid is typically featured in these performances, along with whomever happens to be at Greaseland. These rather sporadic and impromptu performances are typically done with everyone sporting PJs. I’m hoping they’ll make it a regular thing–it’s truly entertaining.

On making the jump to career musician, Lisa describes going full time as wrought with peril. The peril she refers to are the various traps that can lead an artist into doing things she doesn’t enjoy or otherwise regrets. She adds that there’s absolutely no shame in keeping a day-job to supplement one’s music income. Lisa has had personal dealings with the peril of going full time, but today comes across as fulfilled, happy and content. You can hear this throughout our conversation in her voice and in her laughter.

You can learn more about and contact Lisa via her About Me page.