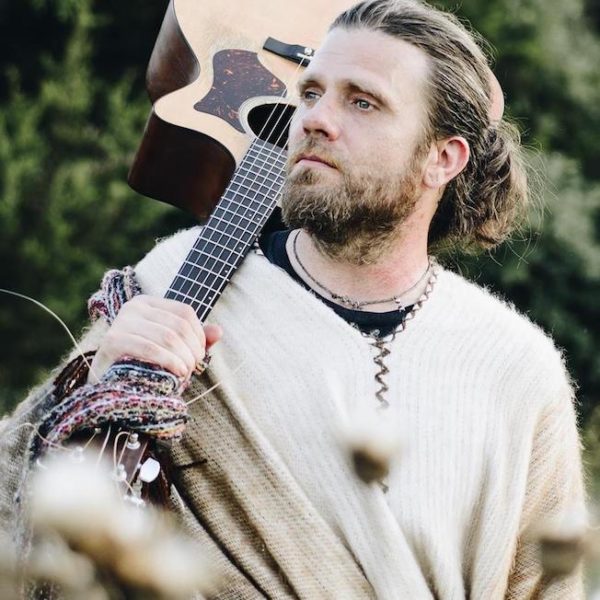 This music video compelled me to invite singer songwriter Ezra Vancil to be a guest on my podcast. After speaking with him, I watched the video a second time, but through an entirely new lens. Ezra’s forthcoming release You is a collection of ten songs that represent ten years of his current relationship(s). He describes those relationships (and his life) as complicated, albeit mostly in his own head.

Ezra is a native Texan. He in fact grew up not far from my own hometown of Fort Worth. I find the stories of his childhood, music career and personal struggles to be quite compelling. There’s also a unique aspect to Ezra’s stories–the openness with which he recants them. He has a gift for story telling in that he’s quite good at telling them both musically and conversationally. He’s clearly at a point in his life where transparency, reflection and self-assessment are ultra important.

A Self-Taught Musician Surrounded by an Incredible Musician Community

Given that he’s a self taught musician surrounded by the incredible musician community that is Dallas Fort Worth, I asked him if he has ever experienced feelings of intimidation. As a predominately self-taught drummer from the same area, I often felt a sense of inferiority. Nearby North Texas University of Denton churns out amazing musicians. Ezra admitted to me that he did have a time in life where he was up at 5:00 AM every morning for a year straight practicing  finger-style playing and studying various playing techniques. This was all to overcome a feeling of embarrassment over his own musicianship. He’s overcome these feelings and has long known that he best competes as a songwriter. As for the plethora of talent around him, Ezra sees this talent pool as a resource for his various music projects.

“My current vibe is a return for me to the music my parents played and what they introduced me to – mostly songwriter music, 70’s folk and country and artists…”

Discovering the Hidden Album Collection of His Parents

Ezra was raised by working musician parents, who in his own words “followed the music.” His parents moved the family dozens of times in pursuit of opportunities within the gospel music scene. He remembers them as being very religious parents who didn’t want him exposed to pop music. Ezra was fortunately privy to their hidden album collection, which included Johnny Cash, Bob Dylan, Joni Mitchell, The Beatles, and more. He describes his vibe today as a return to the music that his parents introduced him to. He also says he’s in a new phase where he wants to let his Texas Country Americana influences shine, something he previously tried to hide.

Ezra’s personal struggles include addiction, which brought a great deal of mistakes and loss into his life. Today he appears to be in a state of personal resurrection. The aforementioned compelling video in fact captures his feelings on past mistakes and heartache. In the video, he exhibits what for me is a rare display of self-admission. All of this doesn’t leave necessarily leave me with the impression that Ezra has worked everything out, but he appears to be moving in a very positive direction.

The Business of Music and Nurturing Relationships

We did spend time discussing the business of music and nurturing fan relationships. It came up as we discussed a couple of his video projects. I’m always interested in how indie artists make their careers work, and fan support is a recurring theme. I had a great opportunity to ask Ezra about this very thing. We specifically discussed how he organizes volunteers for projects like video shoots. The short of it is that Ezra works with intent to understand what his fans want from him, particularly within the framework of volunteering. Then he strives to give them what they want. As he puts it, some people want accolades, some want a fun day, some want to be in a video, and some people just want to get out of the house for a day. He goes on to point out that people love music that they feel they’re a part of. Ezra wants events that surround the creation of his music videos to be a lasting memory for volunteers.

The Process Behind Ezra’s Music Videos

To help me understand the process behind his music videos, Ezra told me that one of his latest videos had a crew of 20. Only a handful of dancers were paid. How does he make this work for all volunteers? He’s very transparent about the production process, so that everyone who’s part of a volunteer team understands the pay situation. This takes him back to giving people what they want. If they aren’t getting what they want, he’ll simply say to them, “Let’s talk about it.” If they want a relationship, he may throw a pizza party. If they’re a budding musician who wants to play in a fun environment, he’ll organize a campfire jam night. If he’s not adding to the lives of his volunteer fans, Ezra says he doesn’t feel he should utilize their time. If he can’t add to their lives, he doesn’t want to ask for their help. The amazing thing is that his volunteers don’t usually know one another at the outset of a project, but they become friends with one another. The projects therefore turn out to be more about volunteer friendships than anything else.

“If you’re really serious about having a music career, you can’t do it alone.”

A friend enlightened Ezra to this approach for keeping a volunteer project cohesive. This particular friend ran a non-profit historic sailing ship in California for years, utilizing hundreds of volunteers. His friend simply said, “Ezra, it’s not about you. You’re just creating a place for these people to meet, and they’re going to make friends, have relationships; and you’re giving the something to do.” He realized from this moment on that his volunteer teams weren’t so much paying attention to him. They’re focus is on each other, and enjoying something that brings them together. Ezra says that during his early career, he didn’t understand the invaluable nature of community. He in fact experienced much frustration over this issue early on. Today, he’s nothing but committed to his fans and supporters, and it’s clearly making a difference in his life and his career. In Ezra’s words, “If you’re really serious about having a music career, you can’t do it alone.”

Ezra sees now that volunteers are enjoying each other and the experience that brings them together for a purpose. However, this leads to an aspect of the music career life that troubles him. Musicians don’t have the luxury that many business do, whereby they can make due with a hundred good clients. Ezra sees business for the indie artist as requiring a thousand or more true fans. Relationships naturally get thin. Yet this troubling aspect drives Ezra to be quality focused where his relationships are concerned. It’s a bit of an irony on the surface, but it definitely seems to be working for him.