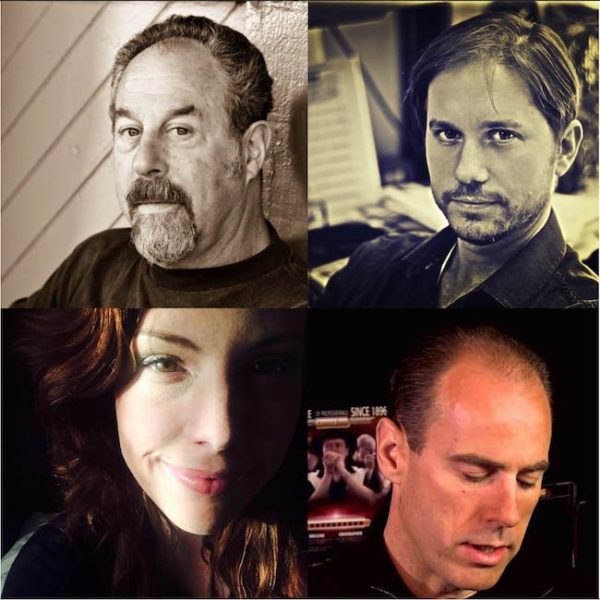 I had no idea how rewarding it would be to speak with all of the talented music artists I’ve met and interviewed for the Unstarving Musician podcast. I wanted to do something a little different for the 100th episode. A best-of compilation seemed a fitting way to celebrate the journey. The interview segments I chose to feature are based largely on listener downloads, and inspirational value to me personally.

It was tough choosing only four episodes to focus on when there are so many episodes that really stand out as among the most popular and personally inspirational. So I am pretty sure that there will be another best of sometime in the future.

I ultimately decided to go with these four contributors.

The second featured guest for this episode is Mike Dawson, Managing Editor at Modern Drummer Magazine, co-host of the Modern Drummer Podcast, and drummer-for-hire. He’s one of the most creative guests I’ve had on the podcast.

The third featured guest of this episode is vocalist Lisa Leuschner Andersen. Lisa is a partner at the acclaimed Greaseland Studio. She was featured in seasons 2 and 3 of American Idol, and on Showtime at The Apollo.

The fourth and final guest of the episode is acclaimed music educator David Barrett. He was originally featured in episode 28. David founded the San Jose School of Blues and BluesHarmonica.com. He also holds the distinction of being the only guest to do a live performance for the podcast. That performance has been included in this episode.