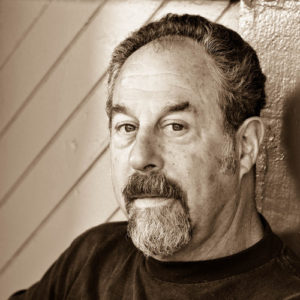 Mark Wenner and his band The Nighthawks have been performing and recording for over 40 years. He did this with and alongside an impressive list of blues and R & B note-worthies. Mark came up as a young man when rock & roll was perceived by most adults as the devil’s music. It was a time, he notes, when Elvis was in the army, Jerry Lewis was banned, Buddy Holly and Eddie Cochran were dead, Little Richard was immersed in church, Ray Charles was in jail, and Gene Vincent was crippled. It was at this time that Mark sensed a conspiracy of sorts, as radio began to market the likes of Fabian and Frankie Avalon. Older people hated rock & roll, and teachers would yell about its ills for an entire period, Mark recalls. His response? He’d venture without the permission of his parents to DC’s Howard Theater. Here he’d see The Motown Review, Otis Redding, James Brown and Marvin Gaye mentor Billy Stewart. It’s no wonder that he fell in love with music, learned to play harp, and formed The Nighthawks in 1972.

Known as the hardest working band in America, the Nighthawks have performed with the Vaughn brothers, Greg Allman, George Thorogood, Warren Haynes, Muddy Waters, BB King and others. Everyone seemed to love the band. Greg Allman even talked about joining the band. In some cases, The Nighthawks helped propel their peers to fame. Big time fame unfortunately eluded The Nighthawks. They can at least take solace in the fact that documentary film maker Michael Streissguth took interest in them, and created the film Nighthawks on the Blue Highway.

As you can imagine, Mark has a lot of stories to tell. During our conversation he shares a few good ones for sure. He also breaks down how he consistently got his band into new venues in the early days. His strategy was all about relationships and asking for help. It’s a strategy that still applies today.

The Nighthawks have been labeled an American blues roots music band. I suppose that’s not too off the mark, but also imagine that Mark would say they’re simply a blues band. He’d be right.