An Album of Passion and Persistence – Danny Wilkerson 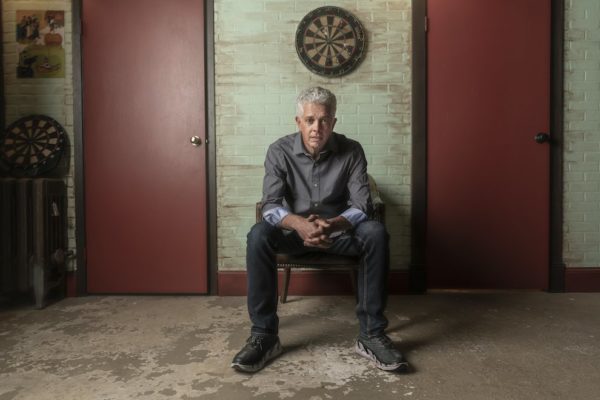 All for his first solo album

Danny Wilkerson isn’t exactly in the full-time game of music, but for the past five years he’s been busy writing and recording songs. He’s also been busy recruiting talent and fundraising, all for his first solo album Wilkerson. The album is a true culmination of passion and persistence.

Danny and I grew up in the same area, but are only recently acquainted, thanks to Lannie Flowers. Danny and Lannie are long time songwriting partners and former band mates. Danny’s music career is varied. He’s worked with several bands as a performing member and songwriter, and he’s been on the artist management side of the things with his own management company.

Lessons in the importance of relationships

Danny’s life and career are a lesson in the importance of relationships. The production and recording roster for Wilkerson include singer songwriter and producer Bleu McAuley, Roger Joseph Manning Jr. (Jellyfish, Beck, Imperial Drag), Joe Sieders (The New Pornographers), and several other noteworthys. To top it all off, Wilkerson was mastered at Abbey Road by Miles Showell whose resume includes work with The Beatles, The Stones, The Who, The Police, and Queen.

Our conversation covers a bit of reminiscing, the making of Wilkerson, and the challenges he faced along the way. You can hear the track Let it Go Tonight from the album at the end of this episode. The full album is available on iTunes and DannyWilkerson.com.