Whimsy On Stage and In the Studio – Louisa Hall (Ep91) 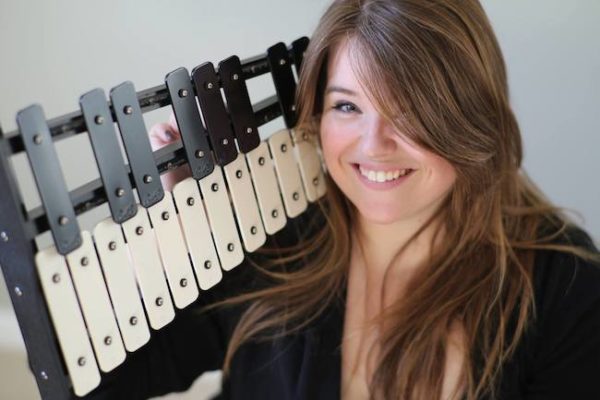 One of my favorite things about Louisa Hall’s latest release Barista Boyfriend is its whimsy. She amplifies that whimsy in the videos created for album, but it doesn’t stop there. Louisa also takes her whimsy to the stage for live performances.

In this conversation we explore her mindset for releasing Barista Boyfriend in digital and vinyl only (no CDs), relationships, media promotion, being oneself online, Bands in Town, Squarespace, her ideal band, and why drummers are so important.

Hear the title track from Louisa’s latest release, Barista Boyfriend, at the end of this episode.

Louisa doesn’t personally listen to CDs, hence her decision not to produce them for Barista Boyfriend. She says she’ll likely do digital and vinyl only for her next release too. Her biggest takeaway on pressing vinyl? Lead time. She ended up paying extra for a rush order, so that she could have vinyl copies ready for her release party. She even made a road trip to pick up the finished product. She says that A to Z Media worked with her on both rushing the order and quantity.

On love and relationships, Louisa seems to have a bitter sense of optimism. Perhaps a bit bitter about online dating, but seemingly optimistic that she will find love and the right person someday. Her video for Internet Love Song does a beautiful job of elaborating on the perils of online dating, and does so with cheeky humor.

I had to open our conversation by expressing my appreciation for her videos. Watch her video for Barista Boyfriend, a collaboration with Tia Shuyler. You’ll see why I love them so much.

Because her videos are so humorous and because her bio references humor, I had to ask Louisa what comes to mind when she hears the words “silliness and music.” Simply put, she sees life as a little too short to take seriously. Silliness, she says, is also a coping mechanism. I totally get that.

Louisa is exudes talent, so I wondered why she hasn’t been more prolific. She explains that she came to music relatively late. She learned to play ukulele only within that last five years. Since then, she’s gone head first into  private instruction, songwriting classes, and learning new instruments. Her focus, however, is writing and performing.

Louisa’s has a a collection of new songs for a new release. This one won’t be so silly though. She says she’s going with introspective this time. I always enjoy asking my guests when the hope to release their next album. Louisa is threatening to release hers in 2020. I hope she does. This next time around, she plans to work publicity harder and more methodically, than she did with Barista Boyfriend. The reason for this intention is growing confidence. Louisa feels she now has the necessary street cred.

Where marketing is concerned, Louisa sees opportunities for personal growth on Facebook and with email. She admits that marketing hasn’t been her area of expertise. But I can tell this is changing, as she admitted to frequently consulting her peers on the matter. Plus she’s identified areas of growth and opportunity. The ingredients of her current marketing formula that have served her well thus far, in Louisa’s words–being herself and making it weird.

Louisa: I’m not sure that I would do anything crazy differently! I love the journey I’m on, and how I got here.

Louisa: Oh man. This is hard. I power through. I talk to people and ask questions. I recognize that everyone has self doubt. I focus on gratefulness. I also think there is power in humility. There are tons of people who are smarter, better looking, better at music, but there is just one me. I’m not going to try to be anyone that I’m not, and I’m going to have fun and continue trying to connect with people. Have you ever heard the song “there’s always someone cooler than you” by Ben Folds? The lyrics of that song pretty much sum up my world view, and approach to life and the music biz. Maybe that means I won’t be crazy successful, or maybe I will, but I’m going to enjoy the ride and not beat myself up with insecurity (except I will sometimes. I’m only human!). I feel like as long as I’m having fun, an audience will too.

Louisa: This is an area with room for improvement. 🙂 I love rehearsing before shows and doing and re-doing set lists. I think leaving room for imagination, or the weird or unconventional during performances has also served me well. When I’m on stage, that’s my time to own a room or create a fun experience for people (including myself and the band). So if I want dancing doughnuts, or I want to make coffee on Stage, or I want to pass out kazoos during a final song, why not? It’s a chance to be creative and without limits (within reason).

Louisa: The 9 songwriter series run by Justin Trawick has been the biggest thing for me. I still work a 9-5, which is a great and unintentional way of meeting supportive friends who will help evangelize your art. Because I have a day job and I didn’t start playing music until later, it can be harder to get into the music scene and met other artists. The 9 has been a great way to meet other artists, practice playing, collaborating, and improvising with others. It’s also been a great way to play larger venues I never would have access to play on my own as a new artist.

Robonzo: Can you tell me something about the writing classes you mentioned [during our conversation for this episode]

Louisa: I don’t remember the classes I mentioned! I know there are some on Coursera, but I’ve also taken ad hoc classes from Cathy Fink in the past. She runs some writing retreats, and I took a writing class from Victoria Vox at the Strathmore Uke and Guitar Summit years ago. We ended up co-writing the song Fears that appears on my EP. She’s also on the recording and played at my album release. I also later returned as an instructor at that same festival, which was really cool! I also took my earliest writing classes from Maureen Andary, a fellow DC musician and friend. Cathy [Fink] has been my main writing teacher and mentor. She’s an incredible person and teacher. Definitely one of my heroes. I’m always, always looking to learn. The biggest take away, especially from Cathy, is to never stop writing. I still go through phases… hahah. But, if you wait for inspiration to strike, you’ll never write a thing. Getting into a writing process or routine will ensure that you’re able to keep coming up with ideas, and avoiding writers block. It’s been a huge help to be reminded in these classes to block out the editor and that internal voice that tells you what you’re doing is crap, change this, change that. Let it flow, go back and edit later if you think there are some kernels.