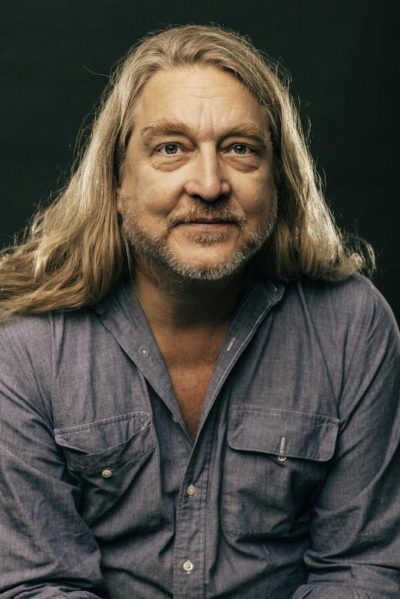 Tom Irwin grew up admiring and learning songs by the likes of Grand Funk Railroad, Led Zeppelin, and Thin Lizzy. He was a participant of the 80s New Wave scene, but eventually found himself drawn to life as a solo artist. He’s been musically genrefied as folk rock and alt country. Willie Nelson once said to Tom about his band’s performance after they opened for Willie & Family in 2001, “I like your shirt, and your music, too.” Tom was wearing a Hank Williams, Sr. shirt.

He has recently worked with John Stirratt of Wilco, who was involved in the production of Tom’s latest release All That Love. He’s a music journalist for the Illinois Times and a gigging machine. Music and journalism have helped him build a network of lifelong friends. Some of these friends have become studio collaborators.

Tom’s journey as a solo artist started after he witnessed fighting among his bandmates. These particular bandmates were also his best friends; and the fighting was an event he tells me he never wanted to experience again. The release of Tom’s latest album was a long road traveled during changing times in the music industry. He rolled with the industry changes and eventually made his latest release happen with the help of a Kickstarter campaign that raised almost $10,000.  To hear Tom talk about this 5-year journey, you wouldn’t get the impression that he found it all that challenging. He obviously learned some things along the way, but he comes across as nothing more than grateful and humble when discussing it.

I recorded our interview on a day when Internet service was down at my home studio. The audio isn’t great, but that’s mostly on my end. Tom (the important guy) sounds pretty good. I mention this because I’m so glad we went through with the interview, in spite of the tech issues. In the episode intro, I refer to Tom as a “statesman” of indie artists, but that was the wrong word. I should have said that Tom is the “quintessential” indie artist.

A music column that Tom writes for The Illinois Times is somewhat the reason that we connected. Tom met Rockin’ Johnny Burgin at Central Blues and wrote a piece on him for the Times. They became fast friends. Rockin’ Johnny told me I should have Tom on the podcast. This all strikes me as fairly typical. It seems that Tom has developed many friendships through music and journalism. This reminds of the savvy musician adage, “Be cool, and don’t be a dick.” As we spoke about his relationships and music journey, it became quickly evident that he is kind and genuinely pleasant to be around. A case in point is a chance meeting he had with John Stirrat of Wilco in 2012. Tom was playing at a venue called The Castle in Bloomington Illinois, opening for Candy Gold, a band featuring Ben E Carlos of Cheap Trick and Stirrat. Following a fortuitous mix up in performance scheduling, Stirrat arrived at the venue during Tom’s set and liked what he heard. Stirrat appreciated Tom’s music enough to engage in a conversation, and eventually to coproduce All That Love.

This point of Tom’s journey could have been marred by the changing music industry. When the project was ready to market and distribute, both Tom and Stirrat were surprised by changes that meant labels were no longer providing a clear path to distribution. While All This Love was being created, all things distribution had changed. Labels were no longer investing in artists as they once had.  According to Tom, this came as a disappointing surprise to Stirrat. Things had changed, but Tom forged on–enter Kickstarter.

Kickstarter put Tom back in the driver’s seat

A friend suggested to Tom that he look into Kickstarter. While I’m sure that all of Tom’s recording projects have been important to him, this one had to be especially so. Not only was Stirrat co producing and performing on the record, but he also recruited Greg Wieczorek (aka G. Wiz).  The album was released in 2017. Where labels had cited lack of “bandwidth” on their part and lack of “traction” on Tom’s part, Kickstarter put Tom back in the driver’s seat. This was a familiar place for Tom, as he’d been marketing and distributing his own music for years. This time, however, it was on a bigger scale. The Kickstarter campaign, Tom says, gave him funds for media promotion and I’m sure helped with the finished product. Although he  learned some lessons about media promotion, it’s clear that Tom is thankful for the success provided by his Kickstarter campaign. He shared with me that Kickstarter also helped him from a planning and accountability standpoint.

“I got to go stick my head in the back room, and watch them make the sausage.“

All That Love is available pretty much anywhere that digital music can be found–and on vinyl through Tom’s website. On the subject of digital distribution and royalties, Tom gave me a better picture of what streaming does for an artist’s paycheck. We had a good laugh talking about a recent statement from CD Baby that included a couple of album sales, followed by page after page of fractional streaming royalties. I’m reminded of a quote from a friend who regularly posts on Twitter: “Buy the music you like.” A pleasant surprise for Tom is that vinyl sales are doing very well. Turns out people still appreciate a physical product version of their music. He shares advice on selecting the right company for producing vinyl versions of your album. According to Tom, there aren’t a lot of companies to choose from, but he learned that location, weight, and shipping are worth careful consideration. In this case, Tom says that the company with the lowest price isn’t necessarily the most cost effective choice. He chose to work with Fat Possum Records. This leads me to my favorite quote from our conversation. In recanting the day he took in-person delivery of the finished vinyl LP product, when he also got to see the Fat Possum production facilities, Tom said “I got to go stick my head in the back room, and watch them make the sausage.”