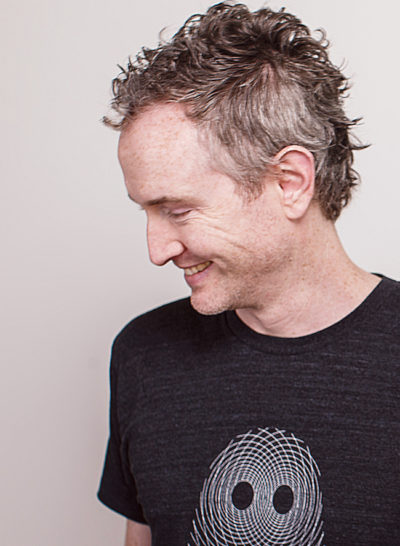 “Not all art necessarily has to be money making endeavors. It’s still very important to do stuff, just because you believe in it, and because you want to signal boost it in the world.” –Jamie Hill

Where marketing is concerned, Jamie employs straight forward tactics for finding studio production clients and opportunity. He’s first and foremost all about creating art and sharing his creations. Jamie and his wife Shannon  are fans of attending open mics, where he says they finds amazing artists and sometimes clients for his studio.

Jamie recommends writing a book if you want to sell something. His wife did just that with her book on how to make money in house concerts. This book has introduced Jamie and his wife to prospective clients and new friends. He’s currently writing a book of essays on how to create a better DIY artist career.

On a personal note, Jamie shares a story surrounding his sobriety.

Jamie: “The voices of self-doubt can take a couple of different forms for me, and I have different ways to address each of them.

If I’m having some self-doubt around a non-musical thing in my life, I do something to be of service to someone. If you’re helping someone else, you’re not worrying about your own stuff. This will usually get me out of inside my head; then I can come back later when my brain is calmer and see whether there’s anything there that I really need to look at. More often than not it was just my brain playing tricks on me; it can do that sometimes.

If I’m having some self-doubt around something I’ve done professionally – work I’ve done, or an interaction I’ve had – I make a point of dissecting it thoroughly and quickly. Talking with Shannon helps; she’s pretty clear-headed. If it’s just a figment of my imagination, it’s good to identify that. If it’s something I could genuinely learn from or improve on, I also want to know what that is, so that I make a plan to do better next time.

Regardless, my goal is not to let a self-doubt fester, but instead to get it out in the open with lots of sunlight on it, see it for what it is, and figure out how best to move forward. I try to keep very short accounts with this sort of thing; my brain will go to bad places if I let it get spinning about something.”

Robonzo: What has helped you most in building community around your music and art?

Jamie: “In terms of reach, touring and Facebook. There’s no substitute for getting in front of people in person. That said, we’ve had to learn how to engage the people we meet on tour for the other 364 days of the year that we’re not in the same place as them, and Facebook is amazing for that.

What we’ve learned there is that being vulnerably ourselves seems to be what people find the most engaging. Goofy selfies are great, and people love those too, but what seems to intensify the most the bonds that we have with people is when we talk about the stuff we’re grappling with in our lives in an open and honest way.

I think people want to relate on that deeper level – and I know for a fact that there are people who follow us closely on Facebook who don’t listen to any of the music we make. They’re just there for the community. And that’s great, too. What we’re doing with our lives is bigger now than just music.”

Robonzo: Where will you focus most of your community building efforts in this year?

Jamie: “We’re putting a lot of focus on our podcast at the moment, and that will continue through the summer. We’re making a plan to use our summer tour to dramatically increase our podcast community’s reach; I’m looking forward to the engagement around that. The more the audience for the podcast grows, the better the discussions around it get, and the stronger that sub-community becomes. It’s rewarding to watch it grow.

Separately, I’m going to be launching a mastering service over the next few months, and rebranding my production work, and putting out a book of essays on how to do independent art careers better – and I’ll be doing a bunch of community-building around all of that, in a much more artist-facing way, which should be a lot of fun. DIY bootstrapping for the win!”