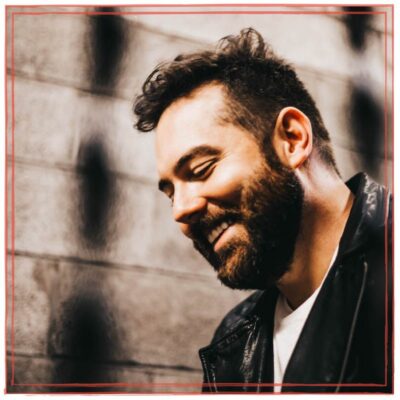 “I won’t be satisfied with just writing songs… for me the creative process ends when I share the song with someone. Watching someone hear the song is really the final pen stroke of writing it for me.” —Singer Songwriter, Charlie Berry

Nashville-based country artist Charlie Berry launched his solo career with the release of his first single at the beginning of 2021. Berry produces his own recordings, highlighting his combined talents as a vocalist, songwriter, and instrumentalist. I agree wholeheartedly with this from his bio.

Berry is carried by his strong grounding voice, smart songwriting and skill as a producer. Charlie’s compositions are catchy and relatable.

His influences span multiple genres including Bruce Springsteen, Tom Petty, and Fleetwood Mac. But Charlie hasn’t always been a country artist. He started out playing punk rock back in his home state of Texas and still draws inspiration from the energy of that music. Originally from Dallas, Berry moved to Nashville to immerse himself in the world of country music and has spent the past decade learning the craft of songwriting from the source. After a 7-year run as the singer of country trio Mockingbird Sun, Berry decided to embark on the journey of carving out a solo career for himself. With the release of his single “Whiskey Take It Easy” in January 2021 Berry established his place in modern country. He writes thoughtful lyrics akin to singer-songwriters of the 90s and combines that with production styles of modern country and pop.

Based on our conversation, Charlie seems to have found his groove in Nashville and I’m sure he welcomes country super stardom, should that day come. In the meantime he’s doubled down on songwriting.

We talk about songwriting, plus Spotify streaming numbers, the creative process, booking shows, productivity and routine, studio production (and lessons therein),  advice for singers, and advice for surviving Nashville.

Alyssa Trahan on Recording, Sponsorships, Merchandising, Marketing, and Getting to Nashville